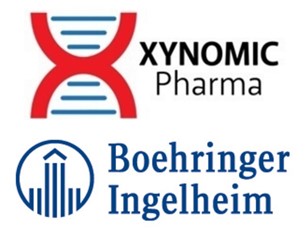 BI 860585 is a potent and selective ATP-competitive mTOR serine/threonine kinase inhibitor.  It has been tested in a phase 1 trial with 90 patients with advanced solid tumors as single agent, in combination with exemestane or paclitaxel. In this trial BI 860585 was well tolerated and disease control rates (partial response plus stable disease) were 20%, 28% and 58%, respectively.

Total payments of Xynomic associated with the licensing agreement, including an upfront payment, regulatory milestone payments and potential royalties, will be up to $800 million.